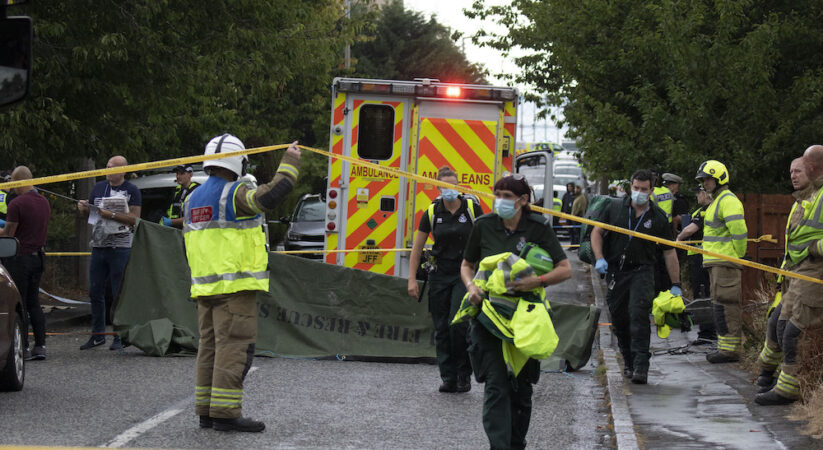 A man has been seriously injured following a collision between a car and a motorbike on Ferry Road Drive.

The occupants of the car made off from the scene sparking a major search by officers, including armed officers and the police helicopter.

Emergency services attended the scene of the incident, near the junction with Ferry Road, at around 1.45pm.

A large area has been cordoned off and it’s believed the road will be closed for some time.

A Police Scotland spokesperson said: “We were called around 1.45pm on Thursday, 28 July, to a report of crash involving a car and a motorbike in the Ferry Road Drive area of Edinburgh.

“The motorcyclist, a 24-year-old man, sustained serious injuries and has been taken to the Royal Infirmary of Edinburgh.

“The occupants of the vehicle made off. Enquiries are ongoing to establish the full circumstances.

“Anyone with information, including dash-cam footage that could assist, is asked to contact Police Scotland on 101, quoting incident number 1820 of Thursday, 28 July.”