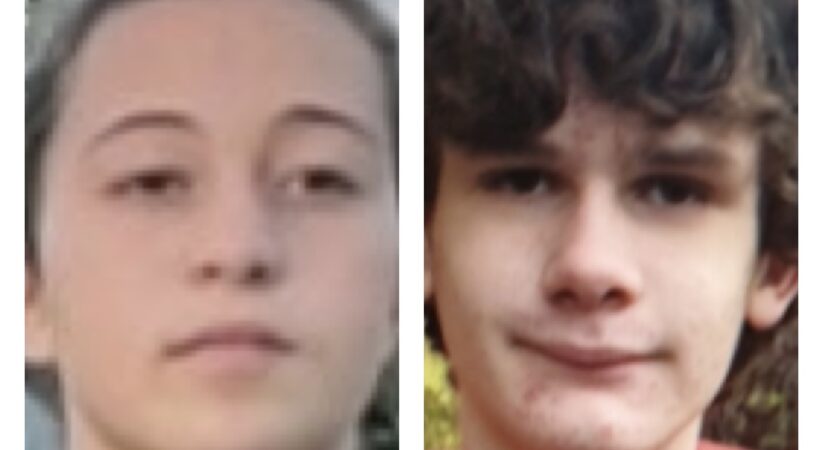 Police are appealing to the public for help to trace two teenagers reported missing from Musselburgh who are believed to have travelled within the East Lothian area together.

Ivana Scott, aged 15, and Noah Holmes, aged 14, were last seen around 4pm on Friday, 11 March, when they left Loretto School in Musselburgh.

They were seen walking along Goose Green Road in the town heading in the direction of Levenhall Links area.

Ivana is described as around 5ft 7in, of slim build with short brown hair and when last seen was wearing black jeans, a grey hoodie and a red beanie hat.

Noah is described as around 5ft 7ins, of slim build with brown hair. He was wearing black trousers and a maroon/purple hoodie when he was last seen.

Inspector Alan King said: “Concerns are growing for Ivana and Noah and we are urging anyone who may have seen them or know where they are to get in touch. In addition, if they see this appeal, please get in touch with us to let us know you are safe and well.

“It is believed they may have travelled to the Port Seton area or elsewhere in East Lothian. Noah is from Edinburgh so they may also have gone there.”