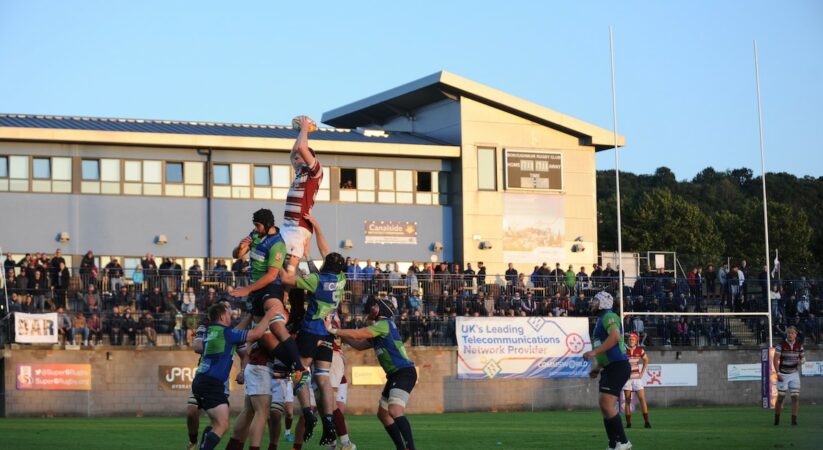 Watsonians moved top of the FOSROC Super 6, albeit perhaps for just 24 hours, with an emphatic 13-36 win over Boroughmuir Bears at Meggetland, writes Mark Brown

It was the hosts who had the chance to get out of the blocks with a Tom Pittman penalty but he could only send it wide of the uprights.

His pain went to misery moments later when his box-kick was charged down by Luis Ball who gathered and galloped home for a try. Man of the Match Marc Morrison added the extras.

Pittman did finally find his form with the boot but the points were nullified and more when quick thinking by Sam Daly saw him barge over from close range for a converted score.

It was a brace for Ball in the 25th minute as Watsonians extended their lead to 3-21.

The Bears clawed back some of the deficit with a well worked Tom Brown try but Morrison kicked a penalty to make it 10-24 at the break.

Boroughmuir rallied after the oranges but their efforts could only add three further Pittman points.

Ross Dunbar of Bears and Sonians man Karl Main were both offered a ten minute sit down on the naughty step midway through the half following an exchange of pleasantries.

Watsonians sub Steve Longwell secured the bonus point as he bulldozed over between the sticks and the Boroughmuir misery continued when Euan Ferrie saw his game time curtailed by a yellow card.

The icing on the Super6 cake came from Ross Graham who sealed the victory and keep Watsonians on track for the title.