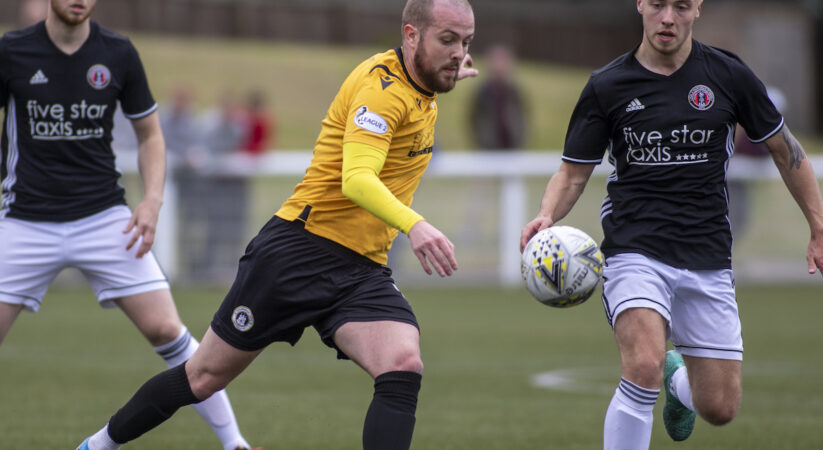 Edinburgh City began their pre-season preparation with a 3-1 defeat to Gala Fairydean Rovers at Netherdale yesterday.

Around 100-spectators were allowed into the stadium and after starting on the front foot, Gary Naysmith’s men fell behind to a superb strike from former Ross County and Hibs’ midfielder Martin Scott who curled a tremendous 25-yard strike into the top corner of the net.

The hosts added a second ten-minutes before the break when Zander Murray capitalised on a mistake in the Citizen’s defence and calmly slotted the ball past Cammy Quate from 12-yards.

Both sides made a number of substitutions at half-time which changed the flow of the game and City created a number of chances before Lee Hamilton headed home a superb cross from substitute Danny Handling.

City pressed hard for an equaliser and Handling went close with a free-kick from the edge of the box but the Gala regained their composure and dominated the latter part of the game.

Handling had the ball in the net for the visitors but that ball had gone out of play before the cross came in and in the dying minutes Daryl Healy secured a memorable victory with a powerful header which gave the City keeper no chance.