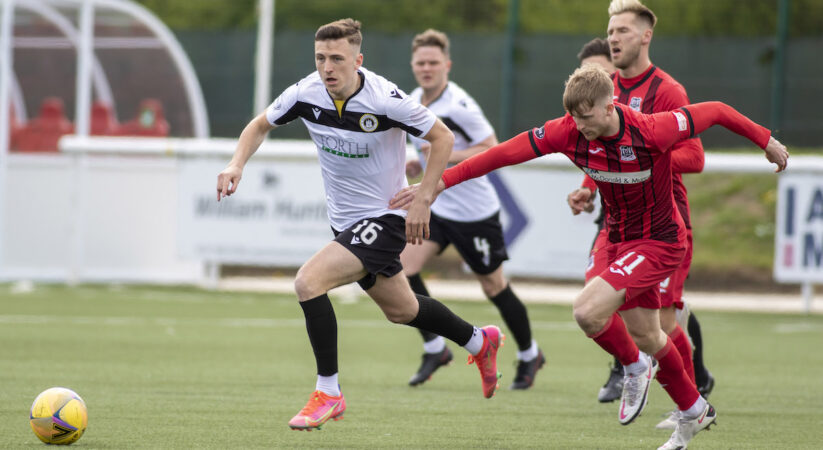 Edinburgh City secured a play-off place and consolidated second spot with a victory over Elgin City at Ainslie Park this afternoon.

The Citizens went into the match in second place but were only one point ahead of Stranraer in fifth so avoiding defeat was essential after losing their last two games.

City started well and on-loan Hibs; striker Josh Campbell opened the scoring in the 6th minute to relieve some of the tension then Liam Brown added a second shortly before the break.

Naysmith’s men then managed the game out successfully to secure a hugely valuable three points.

The results leave City in second place, two points in front of Stirling Albion who have now completed their 22-games and three in front of Elgin City and Stranraer.

City travel to Stair Park on Tuesday night to complete their league campaign.

In the event of a second place finish, City will play the side that finished third away from home next Saturday then the second leg at Ainslie Park on Tuesday 11th May.

Elsewhere the team that finishes fourth will play the side that finished 9th in League One in a double header.

The winners of these play-offs will then meet to decide on who plays in League One next season.