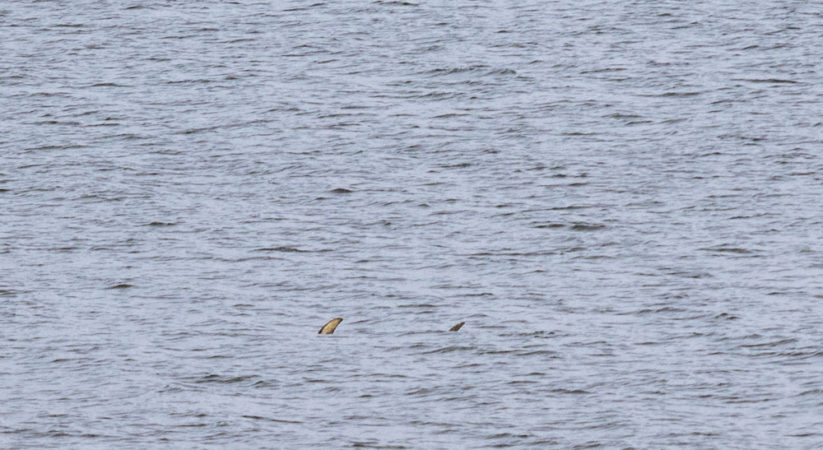 A Basking Shark was spotted in the water near Portobello beach last night.

Locals were out with their binoculars and telescope to get a closer look at the worlds second largest fish, which can grow to over ten metres in length and weigh several tonnes.

They swim up from the south of England to binge on plankton in Scottish waters.

They can usually be seen from the end of April until autumn around the shores.