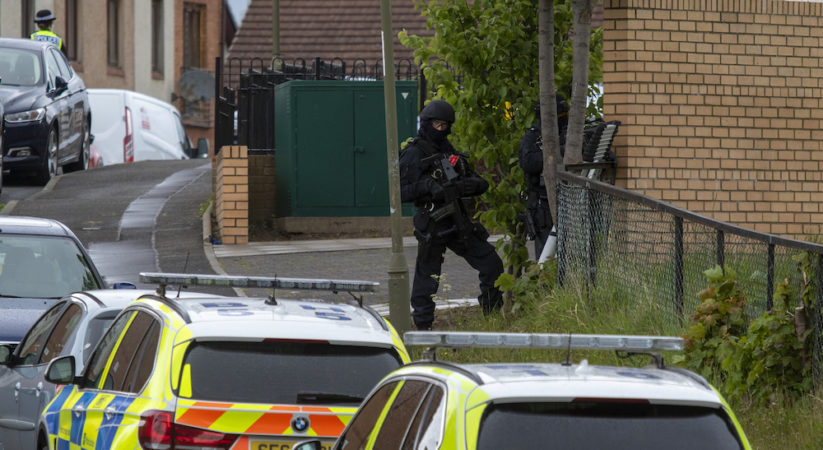 Armed police officers have surrounded a block of flats in Lochend as part of a pre-planned operation this morning.

Around six armed officers and a police dog unit are on the scene on Lochend Avenue.

Cordons have been put up and the road has been closed.

One local said “I had gone to the shops and when I came back the street was closed and I can’t get back home.

“There is a rumour that someone was seen with a gun but I don’t believe that.”

A spokesperson for Police Scotland said “Officers are currently in attendance at an address in Lochend Avenue, Edinburgh, as part of a pre-planned operation.