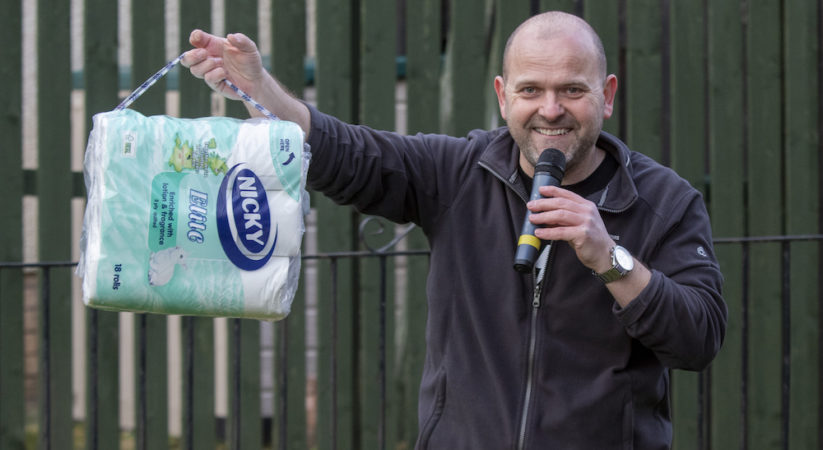 Residents in Drylaw House Gardens took part in a game of street bingo tonight and one lucky winner won a packet of toilet roll.

The game was organised by local DJ, Jim Henderson, and people also joined the game to play online.

Neighbours observed social distancing by sitting in their gardens to play along.

Jim, who is knows as DJ Edinburgh, also played some tunes to keep everyone entertained.

Jim said “I have had a great response from the neighbours who were all delighted to get the chance to get out and have some fun in their gardens.

“I got some messages during the week to say that some of them were donating prizes to make it more interesting.

“It’s a difficult time for lots of people at the minute but you just have to do what you can to help everyone through it.”