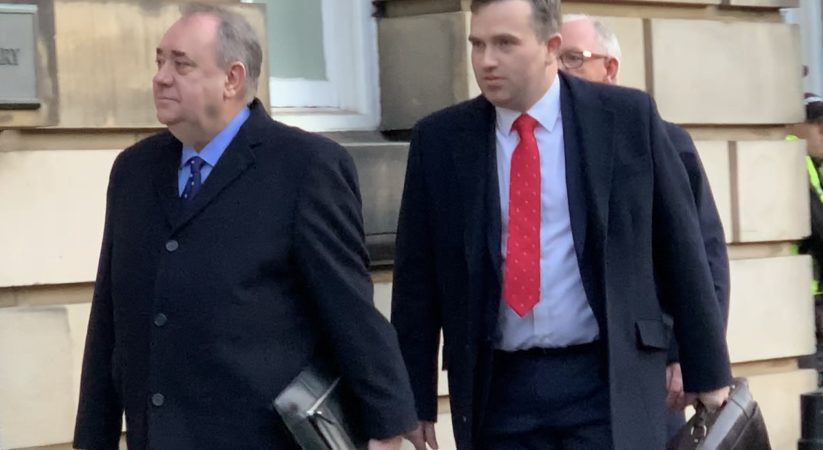 Alex Salmond has been cleared of sexual offence charges during his time as First Minister.

Mr Salmond, 65, was acquitted on the 11th day of the trial at the High Court in Edinburgh of thirteen charges involving nine women.

A jury of nine women and six men rejected claims about how he abused his victims at his official residence at Bute House, Edinburgh and other locations across Scotland.

The Crown claimed he abused the women between June 2008 and November 2014, however, the jury cleared him earlier today.

Outside court Mr Salmond said “Just over a year ago, when we finished the civil action judicial review, I said I had great faith in the court system of Scotland. That faith has been much reinforced today. So I’d like to start by explaining that faith and thanking the jury for their decision.

“I’d also like to thank the court service who have been courteous beyond limit over the last few weeks and for the police officers who have staffed this trial under these extraordinary circumstances.

“And I’d like to thank all of the people who’ve sent so many messages over the last 18 months or so, but particularly in recent days.

“As many of you know, there are certain evidence that I would have liked to have seen led in this trial, but for a variety of reasons we were not able to do so at some point, that information that facts are not evidence will see the light of day.

“But it won’t be this day, and won’t be this day for a very good reason. And that is whatever nightmare I’ve been over these last two years it as of nothing compared to the nightmare of every single one of us is currently living through.

“People are dying, and many more are going to die.

“My strong, strong advice to you is to go home those who can and are able to take care of your families. And God help us all.”

Following today’s verdict Scottish Conservative leader, Jackson Carlaw, said “As we all know, Scotland is dealing with a much more severe challenge today than this high-profile court case.

“That said, there are now some very serious questions facing the SNP, the Scottish Government and Nicola Sturgeon.

“The court case may be over, but for them this is just the beginning.

“Clearly, there is still a lack of information which needs to be fully interrogated, and the Scottish Parliament inquiry will provide that opportunity.

“This remains a national political scandal with profound questions of integrity for the First Minister and her SNP government.

“However, that opportunity must be deferred for the time being while all our efforts and resources concentrate on Covid-19.”

Scottish Labour’s equalities spokesperson Pauline McNeill commented “We wish to acknowledge that this has undoubtedly been a difficult and extremely traumatic time for all involved.

“The verdict of this trial does not take away from the serious concerns about the Scottish Government’s handling of this.

“We would expect questions about this to be fully explored during parliamentary scrutiny of this.”