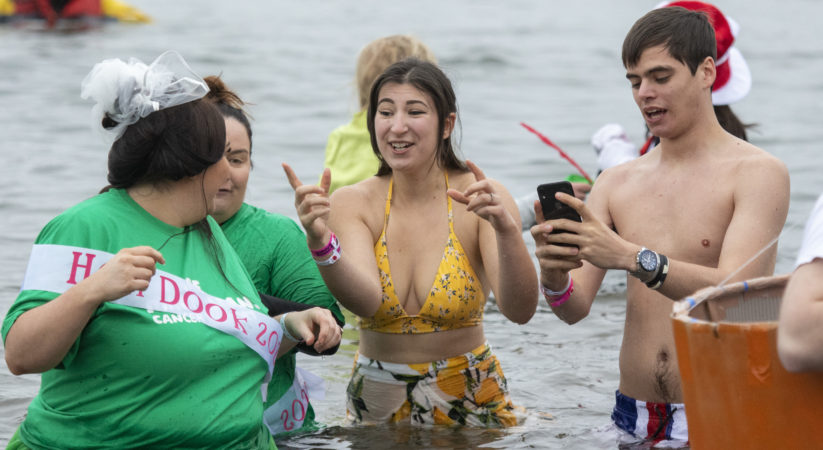 Participants from Scotland and around the world flocked to the shores of South Queensferry to brave the chilly waters to take part in the Loony Dook earlier today.

1,100 ‘Dookers’ including Ed Bartlam and Charlie Wood co-directors of Underbelly who produce Edinburgh’s Hogmanay on behalf of the City of Edinburgh Council joined Cllr Donald Wilson on the parade through the streets of South Queensferry before taking the dip into the icy waters, overlooked by the iconic Forth Bridges.

View all the pictures from the day by clicking here.

Thousands of spectators lined the streets to cheer on the brave and the bold, decked out in every manner of fancy-dress imaginable ranging from the brilliantly crafted cardboard boat and airplane, to Donald Trump, a can of Iron Bru, a T Rex, a pair of lobsters, Mr Blobby and a brave man in a mankini.

People from over 20 countries took the plunge, and raised money for a huge variety of charities in the process.