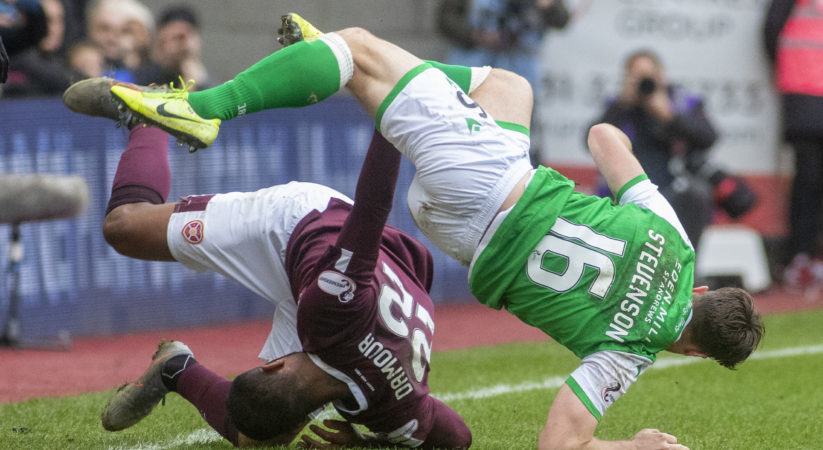 A double from Martin Boyle ensured three vital points for Hibs in the Boxing Day derby against Hearts at Tynecastle.

Both his goals came in the first half in a game which the Easter Road side dominated.

Boyle fired the visitors in front with a perfectly cushioned volley from a Scott Allan cross.

On the half-hour mark Boyle wrapped the game up when he broke away and slotted the ball beyond the advancing keeper.

Both sides had chances to score in the second half but neither found the net.

After the match Hibs gaffer, Jack Ross, said “These games are just all about winning and we found a way to do that. Second half, I’d liked us to have been better in possession but defensively we stood up to a lot.

“Martin is a great threat wherever he plays. Today, it suited him to play through the middle. I always knew he was quick but he’s a good player as well. He has good awareness and his finishing is very good. The first one was a terrific finish.”

Hearts head coach, Daniel Stendel, said “We showed in the second half that we can control a game. We dominated the game but we need the quality to score.

“We are losing games but it’s not always about the opposition, a lot of times it’s about our defensive behaviour.”