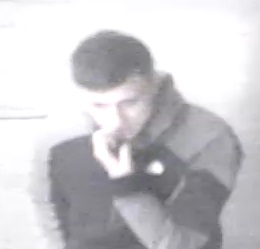 Police in Edinburgh have released CCTV images of a man they wish to trace as they believe he may be able to assist with their ongoing enquiries into a theft in the Leith area.

The incident took place in Albert Street, near the junction with Leith Walk, around 7.10am on Sunday 17th February 2019 when a woman had her property stolen. 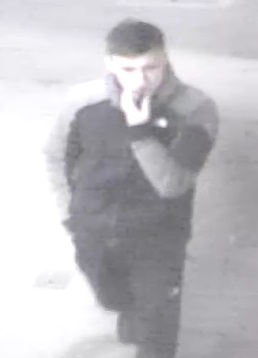 The man in the images is described as white, around twenty years old, of average to stocky build with short dark hair.

He is pictured wearing a black North Face tracksuit top with grey on the neck, shoulders and sleeves. He was also wearing black tracksuit bottoms and black trainers.

PC Stephen Henderson of Leith Police Station said: “The woman was left shaken as a result of this incident.

“As part of our ongoing enquiries we are asking anyone who recognises this man, or who has information which could be relevant, to get in touch.”

Those with information can contact Police Scotland on 101, quoting incident number 1212 of 17th February, or report this anonymously to the charity Crimestoppers on 0800 555 111.