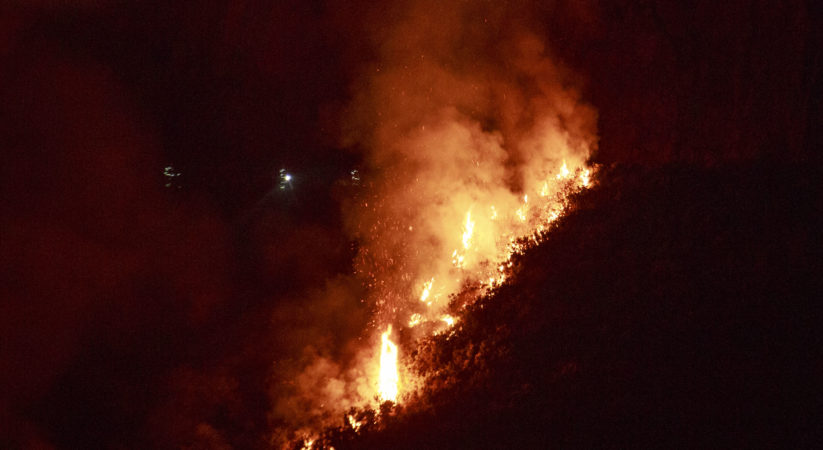 Ten firefighters are battling a gorse fire which broke out on Arthur’s Seat earlier tonight.

Two fire appliances and an all terrain vehicle were called to the blaze just after 6.30pm.

A Scottish Fire & Rescue Service spokeswoman said: “It might be ongoing for quite a while. They are still up there doing all they can to tackle it.”

An earlier tweet this evening by the Scottish Fire and Rescue Service said: “SFRS crews are currently tackling a large gorse fire at the Salisbury Crags area of Arthur’s Seat in Edinburgh.

“We have received a high volume of repeat calls, and two fire engines and a specialist all terrain vehicle are currently in attendance.”