Tuesday, 9 August 2022
You are here: Home 2019 February 12 A man has died after falling from the roof of a building in North Edinburgh 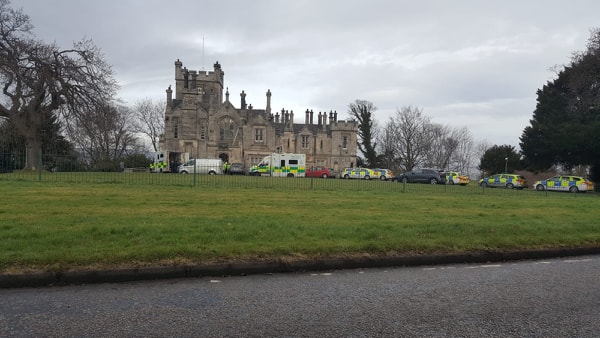 A man has died after falling from the roof of Muirhouse Mansion in what is being described as a tragic accident.

Emergency services raced to the scene just after 11am today but the man was prounounced dead at the scene.

A Police Scotland spokesperson said: “Police in Edinburgh, along with other emergency services, responded to an address in Marine Drive at around 11.10am on Tuesday 12th February, following a report that a man had fallen from a roof.

“The man was treated by the Scottish Ambulance Service, but was sadly pronounced dead at the scene.

“Inquiries into this incident are ongoing and liaison will be made with the Health and Safety Executive.”