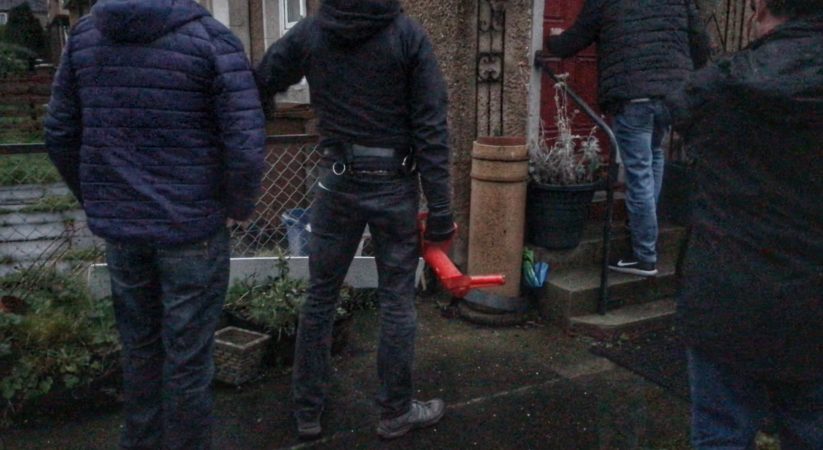 Police yesterday made four arrests during dawn raids on houses across Edinburgh as part of a continuing drive to reduce thefts and attacks by criminals who target personal belongings, police in Edinburgh have relaunched Operation Arable.

All were scheduled to appear at Edinburgh Sheriff Court on Thursday 21 November.

The proactive approach follows a reduction in robberies and theft in the city. Edinburgh Division has seen a 12% fall in this kind of violent crime in the last five years, and the number of robberies solved has increased by 2%.

Operation Arable previously ran from April to June 2012 and the re-launched campaign includes safety advice to help people protect their personal property, such as mobile phones, purses, wallets and keys, and also targets those involved in these crimes.

Detective Inspector Bruce Coutts, lead for the operation, said: “Operation Arable will include more patrols in areas where these types of criminals have previously been active.

“We will also be giving advice to members of the public, particularly teenagers and people in their early 20s as this group tend to be targeted, about keeping their personal property safe.”

In preparation for the relaunch of Operation Arable, Police Scotland has been developing tactics to help officers focus on mobile phone thieves and building intelligence surrounding the circulation of stolen property in communities across Edinburgh.

DI Bruce Coutts continued: “Mobile phones, in particular, are an essential part of everyday life and their loss can have a major impact due to the quality and quantity of personal information they contain.

“I would like to remind the public to ensure they enable or install some form of tracking app to their electronic devices, especially mobile phones.

“We advise them to record IMEI and serial numbers, as this could increase the chances of us recovering items and returning them to their owners should they be stolen.

“Edinburgh is a lovely city to spend time walking around with public parks, gardens and attractions. However, like all cities, there are opportunistic criminals around who will not hesitate to use violence in order to steal someone else’s belongings.”

If anyone has information on these type of crimes they can either call Police Scotland on 101, or the independent charity Crimestoppers anonymously on 0800 555 111 or online at crimestoppers-uk.org/give-information

Further advice on crime prevention or personal safety is available on the Police Scotland website at www.scotland.police.uk/keep-safe/