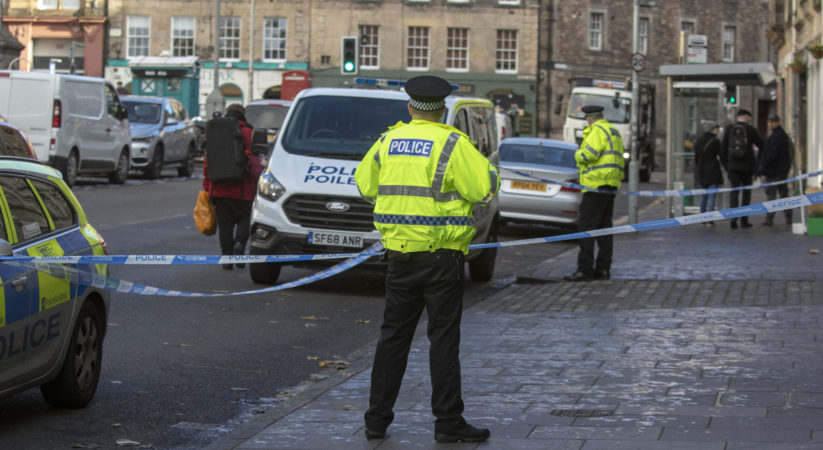 Police in Edinburgh are appealing for witnesses following an attempted murder and two serious assaults in the city centre.

The incident happened at around 3.35am on Thursday 8th November within the Grassmarket.

Two women were standing at the vennel next to the Apex City of Edinburgh Hotel when they were approached by a man who engaged them in conversation before walking off towards Lothian Road.

A very short time later the man returned and attacked the victims, leaving the 60-year-old woman with a number of injuries to her body and the other woman, aged 58, with a serious injury to her face and mouth.

A 37-year-old man then came to the women’s aid and sustained a laceration to his hand during a struggle with the suspect, who then made off from the area.

All three victims were taken to the Royal Infirmary of Edinburgh. Both women remain in hospital, but their injuries are not believed to be life-threatening.

Inquiries are ongoing to identify the man responsible and anyone with information is asked to come forward.

He is described as white, around 5ft 10ins tall with an average build and dark eyebrows. He was wearing a black beanie hat, dark jacket, black gloves, blue jeans and Nike trainers with a blue tick and white sole.

Detective Inspector Grant Johnston from Gayfield CID said: “This appears to be an entirely random and unprovoked attack, which has left three people with some very serious injuries.

“As part of this investigation we are reviewing CCTV in the Grassmarket and are keen to hear from any members of the public who were in the area at the time and witnessed what happened, or who can help us trace the suspect.

“In addition, should you have any other information relevant to this inquiry, then please also contact police immediately.”

Those with information can contact Gayfield CID via 101 and quote incident number 299 of the 8th November. Alternatively, an anonymous report can be made to the charity Crimestoppers on 0800 555 111.