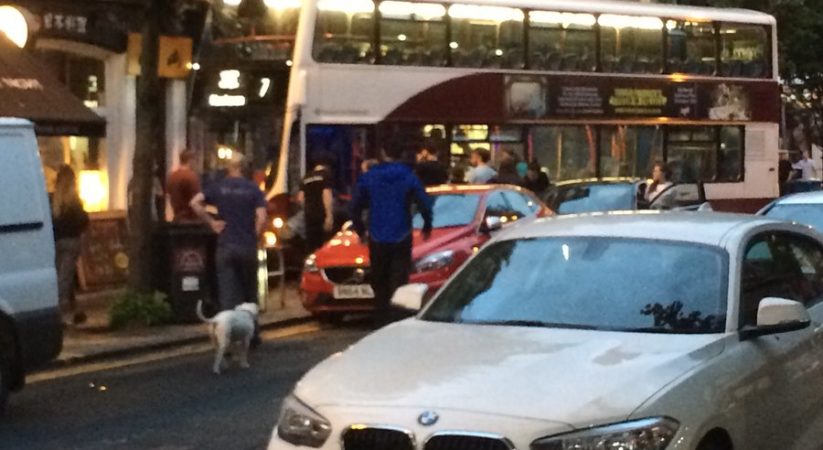 A section of Forrest Road has been closed after a bus mounted the pavement and crashed into a building.

The number 7 Lothian Bus is said to have been traveling at a slow speed when the accident happened earlier tonight.

Officers are currently dealing with a road accident involving a bus on Forrest Road. The driver is being treated for injuries, nobody else has been hurt in this incident.

A bus just plowed into a restaurant over the road from my work. Everyone seems okay. Cops on the scene. pic.twitter.com/X2SNQd8a1m

Police Scotland have confirmed on Twitter that they attended and the driver was receiving treatment.

There are no other casualties and the road remains closed.