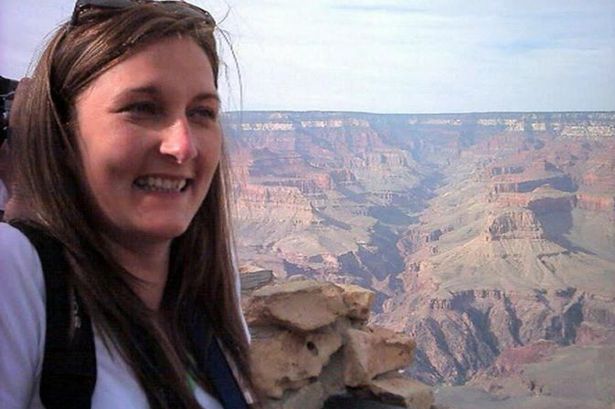 The mother and sister of Suzanne Pilley have spoken out in the hope it may prompt information that could lead police to where her body is.
Thirty-eight-year-old Suzanne went missing on her way to work in Thistle Street in Edinburgh on Tuesday 4th May 2010.
David Gilroy murdered her, and the following day transported her body to Argyll and Bute in the boot of his car before driving back to the capital but there are gaps of several hours in his journey on both legs between Lochgilphead and Inveraray where officers believe he spent time hiding her body, which has never been found.
Today, just days after what would have been Suzanne’s 46th birthday,  Suzanne’s mother Sylvia and sister Gail have spoken of the effect Suzanne’s murder has had on the family and an appeal to the public for information.
Suzanne’s sister Gail said:“Every time she’s mentioned, you struggle with the fact she’s not been found.
“It’s hard to think about her because we just don’t know where she is and that’s the first thought that comes into your head when she’s mentioned is just, where are you?
“So it’s just extremely difficult to not know where she is and to not have laid her to rest.

“She wasn’t treated with any dignity in her death, she was discarded and we just do not know where she is. And that is just sometimes unbearable but we have to move forward and I would love to be able to just give her that funeral, that dignity that every person deserves but unfortunately we can’t do that.”

Suzanne’s mother Sylvia added: “I feel, and my husband feels that it’s as if she didn’t matter and she’s gone and we can’t do anything about it.  So we have to rely on the public if they’re out and about in that area, maybe dog walkers, and we’ve been fortunate with the forestry workers who’ve been very good.
“Any position that looks as if it’s been disturbed they notify the police, and we’re very grateful for that because we hope that one day she will be found.”
Detective Superintendent Stuart Houston continues to lead the inquiry to find Suzanne, he said: “Suzanne’s family have been dignified and composed throughout their ordeal and whilst I have been involved in many difficult and traumatic cases, I cannot begin to comprehend how they must feel every day not knowing where their daughter and sister is.
“My thoughts go out to them and their bravery in agreeing to speak so that we can try to get them the answers they deserve.
“Considerable searches have been carried out in Argyll but have sadly turned up nothing. Whilst David Gilroy continues to maintain he is innocent, the only avenue left open at this time is a new piece of information from a member of the public.

“The gaps in Gilroy’s journey, and the foliage and debris on his car tell us that he went off road somewhere near to the Rest and Be Thankful, so anyone who was in that area on 5th  May 2010 and could have seen or heard something that might be the missing link in our investigation.

“Equally, I would appeal to anyone who may be walking or camping in the Argyll forest and may notice anything unusual. Any calls we receive will be followed up appropriately. Suzanne’s family have seen justice done, but we now need to bring her home so she can be laid to rest.”

Anyone information that could assist this investigation should contact Police Scotland on 101 quoting Operation Mica, email SCDMITEdinburgh@scotland.pnn.police.uk or call Crimestoppers anonymously on 0800 555 111.

The murder of Suzanne Pilley, the investigation to bring David Gilroy to justice and the ongoing investigation to locate Suzanne is featuring in Robbie Coltrane’s Critical Evidence, airing on the Crime + Investigation Channel at 10pm on Sunday 11th March.