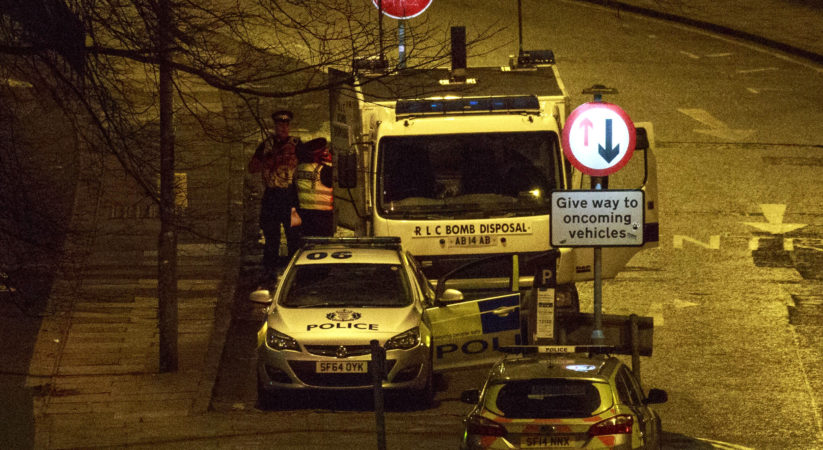 Police investigating the discovery of a suspicious package left in Princes Street Gardens, Edinburgh, nearly six weeks ago, have today made a fresh public appeal for information.

Detectives are urging anyone with information or who witnessed anything suspicious in the Gardens on Thursday, January 11th, 2018 to come forward.

Officers are also appealing for anyone with mobile phone/camera footage taken in or around the Gardens to get in touch.

Initial assessment of the package suggested it was an elaborate hoax, however further forensic examination has now confirmed the contents had the potential to cause injury to persons and damage to property within close proximity of it.

The contents of the package are still undergoing further expert forensic examination and, as such, Police Scotland is unable to give further details about its contents or capability at this stage.

An extensive investigation is continuing into the incident and public safety remains Police Scotland’s primary focus.

Detective Chief Inspector Kenny Armstrong, Specialist Crime Division, said: “It has been almost six weeks since this suspicious package was left within a shelter at Princes Street Gardens and I’m hoping that this further public appeal will encourage people with information – no matter how small – to come forward.

“I’d like to hear from anyone who saw any suspicious behaviour in the immediate vicinity of the Gardens or who has information as to who may be responsible.

“I have more than a dozen detectives in the area of West Princes Street Gardens today and would ask anyone with any relevant information to share this with them.

Detectives have already examined around 800 hours of CCTV footage and interviewed a number of people who were in the Gardens on January 11.

Mr Armstrong added: “I am also appealing for anyone with photographs or video footage from the immediate area of the Gardens on Thursday January 11 to send this to us via a dedicated email address.”

Chief Insp Robertson added: “Public safety remains our priority and I would urge people to remain vigilant, be alert not alarmed, and to report anything suspicious to police.”

“We continue to police the many city centre events appropriately and are committed to working in partnership to ensure Edinburgh remains a safe place to live, work and visit.”

Those with information can contact Police Scotland via 101 and quote incident number 1204 of the 21st February. Members of the public wishing to send any images or footage to assist with the investigation can email OPERATIONALEXANDRA@scotland.pnn.police.uk. Anonymous reports can also be made to the charity Crimestoppers on 0800 555 111.