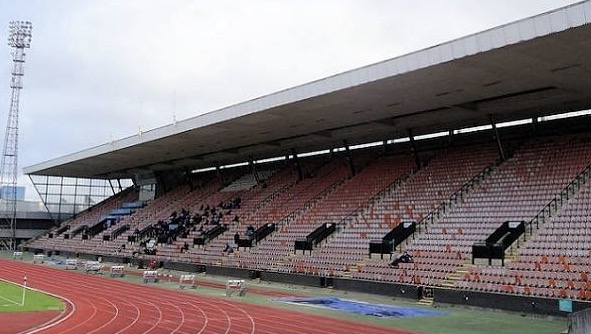 Edinburgh City will not return to their Meadowbank home under Edinburgh Council’s controversial plans to redevelop Meadowbank Stadium.

Proposals mean the new facility will not be large enough to host SPFL matches with spectators restricted to one 499 seat grandstand accessed via a smaller sports centre.

Plans submitted on behalf of Edinburgh Council mean the proposed new site will also not meet SFA club licensing standards which is a requirement of the club retaining its membership of Scotland’s professional league.

The club is currently playing its fixtures at Ainslie Park in what was expected to be a temporary arrangement until the Meadowbank complex re-opens.

Campaigners have slammed the decision to effectively evict the club from its long-standing home and criticised the Council for failing to even discuss the issue with the SPFL.

Save Meadowbank spokesperson Vanesa Fuertes said: “The plans do not include turnstiles or separate toilet facilities for SPFL match officials.

“They also do not allow protected access to the playing field for players and officials.

“With housing right to the edge of the running track the ground has not been designed to stop people viewing from outside.

“All of this fails to meet the SFA’s licensing standard and means the proposed new stadium at Meadowbank will be of no use to any club that wishes to compete in the Scottish football pyramid.

“It will also end Meadowbank’s association with professional football that dates back to the 1940s.

“It is disgraceful that the Council has failed to even consult with the SPFL or provide what the club needs in order to retain its SPFL status.”

Edinburgh City was granted permission to play at Meadowbank Stadium by the full Council in November 1995.

The club has grown considerably since then at all age levels and became the first ever to play its way into the SPFL by defeating East Stirlingshire in a pyramid play-off match two years ago.