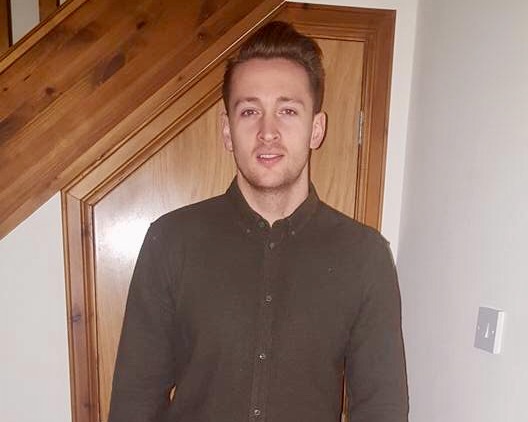 The family of a man killed on New Years day have today paid tribute to him.

Shaun Woodburn, 30, died after he sustained serious injuries following a disturbance in Great Junction Street around 2am on Sunday.

He was taken to the Edinburgh Royal Infirmary for treatment where has sadly passed away later that day.

In a statement issued through Police Scotland, Mr Woodburn’s family said “Shaun was first and foremost a fantastic and loving dad, he was a great and caring son, brother, partner and friend.

“He was a hard working young man loved by all of his colleagues and had an honours degree in architectural engineering from Heriot Watt University. Shaun also had a passion for playing football and latterly with Bonnyrigg Rose only to give up to spend more time with his family.

“That was Shaun, a selfless, kind and loving young man who has had his life cut short in the most tragic of circumstances.

“We would like to thank everyone for their kind wishes and support at this time.

“We would also ask that all of Shaun’s immediate family are left alone to grieve in private.”

Two men, aged 16 and 18, have now been charged in connection with this incident, one of whom has been charged with murder.

They both appeared at Edinburgh Sheriff Court on Monday.

Although two men have been charged, they are still eager to speak to everyone who was in the Great Junction Street area at the time of the incident.

Detective Inspector Stuart Alexander, who is leading the investigation, said “I am very keen to ensure we establish the full circumstances of what happened at the time of the incident, and also prior to incident taking place. We also wish to establish all the movements of those involved.

“It is imperative that we trace and interview everybody that was present when Shaun was attacked or was indeed in the vicinity of Gladstones Public House, Great Junction Street or Mill Lane area of Edinburgh between 1.30 and 2 am on New Year’s morning.

“I want to know why the disturbance started in Great Junction Street and continued into Mill Lane near to Gladstones Public House.

“I would appeal to everybody that was present to contact us so that my enquiry team can interview them and assess whether they have any relevant information.

“For the sake of Shaun’s family it is important that we find out exactly what happened and why Shaun had his life so tragically taken from him.”