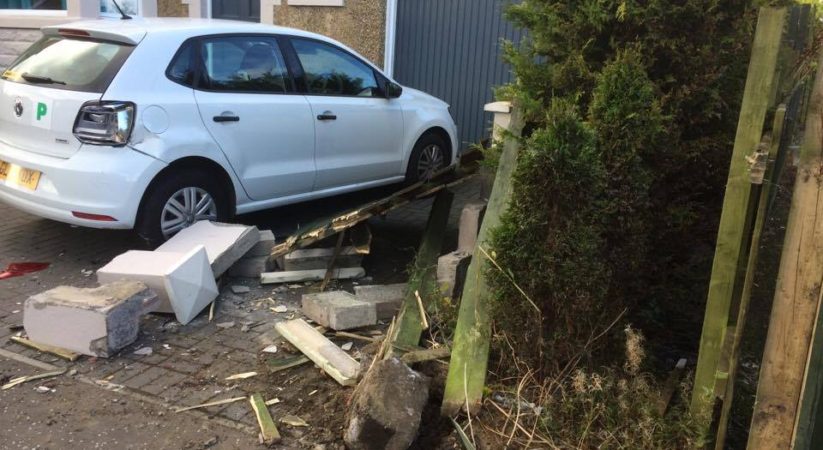 Police in north Edinburgh are investigating after a car drove through a garden fence knocking down a wall before speeding away from the incident on Saturday night.

As well as knocking down the fence and the wall a car parked in the driveway, on Easter Drylaw View, was damaged.

The householders were inside at the time and thought the noise was caused by a firework.

They said “We were waiting to go out when we heard this bang.

“We thought it was caused by a firework then realised it was car that had crashed through the garden fence causing lots of damage.

“It quickly drove away skidding along the street as it left.”

A Police Scotland spokeswoman said:  “Police in Edinburgh were called following a report of a road traffic collision on Easter Drylaw View.

“The incident was reported to police around 5.45pm on Saturday, November 5, when a car drove into a driveway and struck a wall.  The car subsequently drove away and did not report the incident.

“Enquiries are currently ongoing.  Anyone with information is asked to contact Police Scotland on 101.”