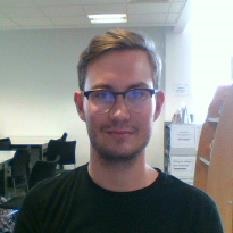 Police in Edinburgh are continuing their appeal to find missing student Antoine Maury, who has been missing in the Duddingston area for one week.

Antoine has been missing since on Monday, October 24. He was last seen around 10pm at Edinburgh College’s Milton Road East Campus when he suddenly left the company of his friends.

Shortly after this, between 10.45pm and 11pm, a man matching Antione’s description was seen near to the Duddingston Village area of Holyrood Park, heading into the park.

The man was seen to be topless, however officers are still continuing to keep an open mind in relation to his clothing. This is the last known sighting of Antoine.

Antoine is described as a white man with a medium build. He is around 6ft in height with short brown hair, a beard and a fair complexion. He has a tattoo of a bleeding hand on his forearm.

He was wearing a brown/ green bomber jacket with dark coloured chinos and a white beanie hat at his last confirmed sighting. He is also believed to have been wearing black and white Vans trainers.

Antoine suffers from poor eyesight and usually wear glasses, however officers believe he is without them.

Police Scotland is continuing its search operation to find Antoine. The Police Scotland Marine Unit will again be out in Duddingston Loch and there will also be police searchers out in Holyrood Park.

This is in order to appeal to members of the public, both on foot and within vehicles, who may have information that can assist with the ongoing investigation.

On Saturday, October 29 and Sunday, October 30, around 100 volunteers joined officers in the search to find Antione. This resulted in searches being completed in the areas around Duddingston Golf Club and Holyrood High School.

Police Scotland is also continuing with its media campaign and posters will continued to be distributed in order to trace Antione.

Chief Inspector Kevin McLean, who is leading the search to find Antoine, said: “Antione has now been missing for a week and it is imperative that we find him.

“I would like to thank the members of the public who came to the Duddingston area at the weekend to help us find Antoine. This activity was essential and is very much appreciated.

“As before, we would urge anyone who lives in the Duddingston Village area to check their gardens and outhouses, as this may lead us to discovering Antoine whereabouts.

“I would also ask regular users of the park who were there last week to think back and ask if themselves they saw Antoine.

“This continues to be a live investigation and as we carry on our search to find Antoine. Anyone who still has information that can further our investigation is asked to get in touch with us as soon as possible.”

Those with information can contact Police Scotland on 101. Information can also be passed through the charity Missing People on 116 000.