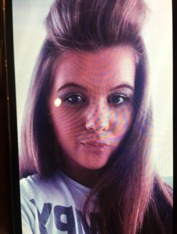 Police in Edinburgh are appealing for information to help trace a woman missing from Wester Broom Drive.

Emma Bennett was last seen around 2 am on Thursday 25th August, and was last heard from around 10pm the same day.

Since then, the 18 year old has not been in contact with friends or family and concern is now growing for her welfare.

Emma is described as being white, 5ft1in, of slim build with long, straight, dark blonde or brown hair usually worn down.

She may have been wearing a grey baggy jumper, black leggings and pink Adidas trainers.

She is known to frequent the Pilton and Muirhouse areas of Edinburgh.

Officers are now keen to speak to anyone who may have seen Emma.

Inspector Graeme Dignan of Drylaw police station said: “We are getting increasingly concerned about Emma since she has not been seen since the early hours of Thursday and I would ask anyone who knows her whereabouts to please get in touch.

“Similarly if Emma herself sees this appeal, I would ask her to contact officers or her family to let them know she is safe and well.”