Saturday, 21 May 2022
You are here: Home 2016 August 1 Paramedic caught with indecent images of children is struck off 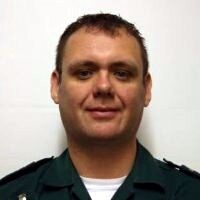 A paramedic who was caught with indecent photographs of children on his iPhone and iPad has been struck off.

Andrew Kerr was arrested in April last year after a specialist police Paedophile Online Investigation Team based in Kent received a tip-off that his IP address had been used to download the pictures.

Kerr, from Broxburn, previously worked with the Scottish Ambulance Service, was later given a caution at Medway Police Station in Gillingham, Kent, for possession of an indecent photograph/pseudo-photograph of a child.

Last week a hearing of the Health and Care Professions Council was told that he was caught with fifteen images.

Following the four-hour hearing in Edinburgh he was struck off.

Hearing chairperson Donald Brown said “The only suitable actions is a striking off in order to protect the public.”