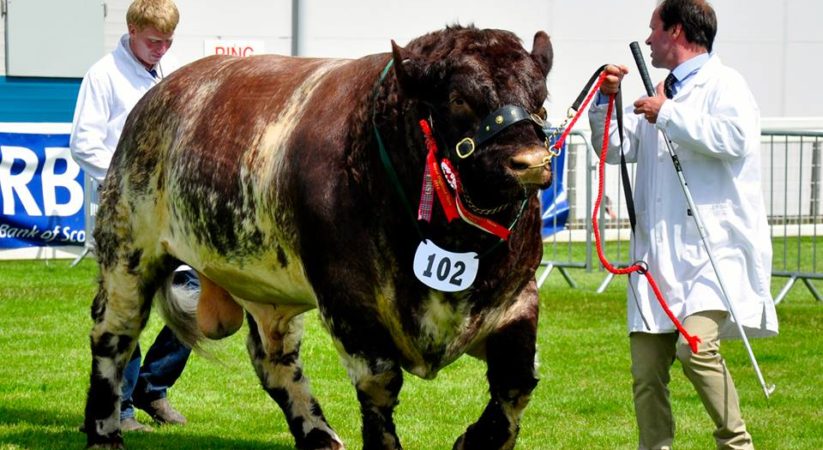 The 176th Royal Highland Show got underway today and about 200,000 people re expected to attend by Sunday.

Organisers have calculated the event, held at the Royal Highland Centre in Edinburgh, is worth about £46.2m to the Scottish economy.

It is estimated to generate 7,250 bed nights and support 155 full-time equivalent jobs.

For the first time in five years the Highland Hall will be full to capacity, housing 1,000 beef and dairy cattle, with Limousin, Hereford and Belted Galloway sections all recording their highest entries since 2007.

With 130 entries, an increase of 12 from 2015 and its highest recorded entry number, the Limousins are set to dominate, officials said.

More than 1,800 sheep will fill the four large extended marquees in the north of the showground, which includes an extra livestock facility this year to allow for the increasing numbers of sheep entries at the show.

The heavy horse section will also have a record 377 entries.

The Royal Highland Show has been held annually at Ingliston since 1960 but was cancelled in 2001 due to foot and mouth disease.

Before 1960, the show moved around the country.

David Jackson, Royal Highland Show manager, said: “Once again it is clear that the Highland Show is the place to exhibit, with entries up across the board.

“It will be a packed house but we are working hard to ensure that we can cater for as many exhibitors as possible, with changes to the layout of the sheep lines and continuing to upgrade the showground in a number areas not least of which is the new livestock flyover.

“With this level of entries there is bound to be some keen competition in the judging rings and the grand parades of prize-winning cattle and horses will once again be one of the spectacular sights of the show.

“We are very grateful to all of our exhibitors for their continued support and wish them well in their individual quests to win a prize ticket.”