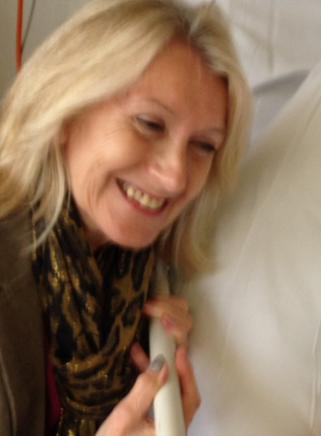 Police in Edinburgh are seeking the urgent assistance of the public in an effort to trace an elderly woman reported missing from Baberton.

Ann Houliston was last seen at her home address in Baberton Mains Crescent at around 6:30am on Wednesday, June 22nd.

A thorough search operation is now underway in an effort to trace the 71-year-old assisted by specialist units including dog handlers.

Ann has advanced dementia and as such may appear extremely confused and disorientated.

It is not clear at this early stage of the inquiry, which direction she has travelled however she may have journeyed to the areas of Dalry, Gorgie, Juniper Green, or Westside Plaza in Wester Hailes.

Ann is described as 5ft 3ins tall, very thin and frail, she has dyed shoulder length blonde hair and was last seen wearing a grey skirt and fawn coloured jacket.

Inspector David Ferguson who is based at Drylaw police station said: “Our officers are currently carrying extensive enquiries in an effort to trace Ann safe and well including reviewing the local CCTV network as well as door-to-door enquiries.

“Ann has advanced dementia and we are extremely concerned for her welfare.

“I urge anyone who has seen or spoken to Ann or has information of her whereabouts to come forward immediately.”

Anyone with relevant information is asked to contact police on 101 or speak to any officer.