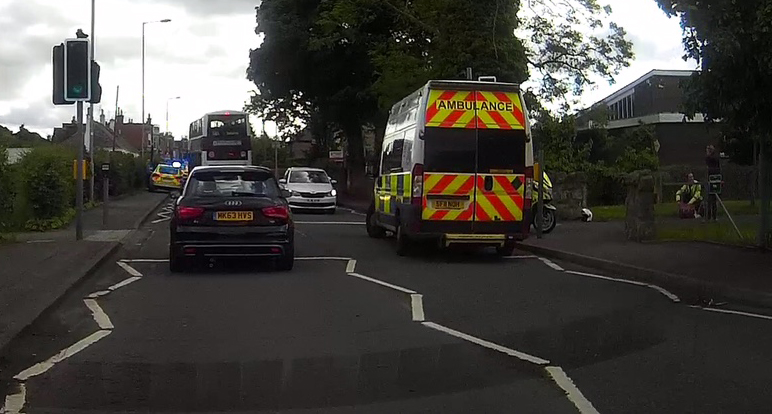 An eight year old boy has been rushed to hospital after being knocked down on Lanark Road West.

Emergency services raced to the scene shortly after 6pm tonight.

One eyewitness said “It was a horrible scene.

“I just heard a thud and then heard the boy cry.

“It didn’t take long for the ambulance to turn up.

“I am sure the kid will make a full recovery.”

Despite police being at the scene a spokesperson for Police Scotland said “We have no knowledge of this accident.”